1889-1946, Joseph E. Johnston Camp 94 U.C.V.
JavaScript is disabled for your browser. Some features of this site may not work without it. 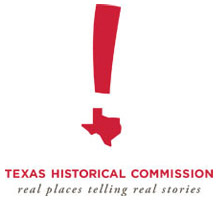 Beginning in the 1880s, Civil War veterans from both sides wished to celebrate the camaraderie and memory of their war experiences and sacrifices. Small groups of Limestone County Confederate veterans met informally to socialize and reminisce, and in 1888 they began meeting annually in the spot where Jack's Creek enters the Navasota River. In 1891 the veterans organization affiliated with the United Confederate Veterans, and became the Joseph E. Johnston Camp No. 94, named for the commander of Confederate armies in Virginia and Tennessee. With this affiliation, the camp grew exponentially, and became one of the largest camps in the state of Texas. They bought twenty acres of land around Echols Spring in 1892, to be followed by several later purchases, and laid out streets, sold privileges to vendors for the sale of food and drink during the annual reunions, built two pavilions, obtained a Civil War era cannon, and made provisions for a full-time caretaker to watch over the site. By the end of World War I, the gatherings continued but on a smaller scale. In 1946, the charter of Camp 94 expired and the grounds fell into disuse.

The CRG is part of the Texas Historical Commission's historic properties.

The images in this collection are research and public education only. To use these digital files in any form, an attribution of "Courtesy of the Confederate Reunion Grounds Historic Site" must accompany the image.